I came across a curious publication or statistics called the Veracity Index 2020, parts of which I reproduce above. It is published by a group on www.ipsos.com, who do research on which professions are likely to be truthful. I suppose the findings show that as veracity goes down, voracity goes up (my own interpretation). Veracity is defined as ‘the habitual observance of truth in speech or statement’ – www.dictionary.com, or ‘power of conveying or perceiving truth,’ and is derived from the Latin word ‘verax’ which means ‘true’ – . https://www.merriam-webster.com/. Voracity on the other hand is from the Latin word vorare, which means ‘to devour,’ from a perspective of being greedy, ravenous, rapacious and insatiable – https://www.merriam-webster.com/.

Bear in mind that this research was done in the UK and the beliefs, cultures, cognitive biases, social media and climatic environment etc, are different from the local Zimbabwean setting. But however there must be parallels, which we can draw from the research. I ask myself, “If such research were to be carried out in Zimbabwe, how would the poll come out?”

Furthermore there are local professions, which are peculiar to Zimbabwe that would have to be included in the research, such as witch doctors, and some so called ‘prophets.’ I would also add public transport drivers such as kombi drivers or m’shikashika, not to forget the makorokoza (artisanal miners).

To summarise the findings, it was found that, among the poll sample of people of ages 18 upwards, the nurses, doctors fared very well as they were the top scorers with 93% and 91% respectively. So the medical field is highly respected in the UK. The third position fell to the engineers at 89%. Now, that is my profession and therefore I am chaffed about this poll that engineers came up in the top 3 as trustworthy professionals. I am quite certain that a local poll may mirror the same findings as the UK one thus far.

The next lot of professions which scored fairly reasonably were judges, teachers, professors and scientists in that order. They scored above 80% on average. Again, I am certain the results would not be too different in a Zimbabwean poll. The next group composed of the police, lawyers and civil servants, scored in the 60% region. My question is this, “In Zimbabwe, would 60% of the people polled say the police and lawyers were trustworthy?” I must add that I know a lot of police and lawyers who are trustworthy. Therefore my impartial, unbiased, truthful answer is, “I reserve my judgment until a local poll is carried out.”

Surprisingly clergy/priests, economists and television newsreaders did not do so well as they scored in the 50% region. I would like to think that in Zimbabwe priests and pastors are highly respected and would therefore score much higher hopefully than say, the lawyers and/or police. However if we break it down to the various titles of priest, pastor, apostle, prophet, bishop and reverend, we may see different results as some masquerading as ‘prophets’ and ‘apostles’ may score very low. These would score the same as witch doctors I am sure. Zimbabweans have been conned too many times by prophets/witch doctors, the famous ones duping us to believe in ‘diesel from rock.’

Trade union officials, bankers, and local councilors scored poorly around 40%. I am surprised as to why bankers would not score well. I am certain that in Zimbabwe the result would be different. We trust our bankers. After all they keep our monies. Trade union officials and local councilors would have to defend themselves here. Our trade unionists mature to become politicians. Wait till you see how politicians fare in the poll.

Now, as I said earlier, when veracity goes down, voracity goes up. Estate agents and journalists score very badly in the UK. Perhaps, they are noticeably greedy and corrupt in the UK. Here in Zimbabwe, I would not score them so low. I suppose in the UK journalists are spin doctors, especially given their ferociously biased reporting on the Meghan and Harry interview. Estate agents are likely to be conservative with the truth when it comes to selling a property, the voracity in this case being driven by the extra commission. But the ones I know are truthful.

The last and least in scores are the UK government ministers, politicians and advertising executives who scored just over 10%. What do these have in common? Persuasion I would say, as they all try to sway you towards a certain narrative, belief and perception. I am surprised that even in a highly democratic country like the UK the politicians are deemed the least in terms of veracity. Are they therefore seen as rapacious (suggesting excessive and utterly selfish acquisitiveness or avarice according to www.merriam-webster.com/)? For advertising executives, the question to ask is, ”Are there any truthful adverts?” A meme I saw says, “I’m not lying, I’m advertising.” I suppose there should also be one for politicians saying, “I’m not lying, I’m campaigning.”

Would the result of a Veracity Index poll be the same in Zimbabwe as in the UK? I wonder. What is your opinion? Why don’t we carry out a poll?

I ask myself a concluding question, “As an engineer, would my Veracity Index plummet (from 89% to 15%!) if I were to go into politics?” It is just an innocent thought.

Get more nutrition in every bite 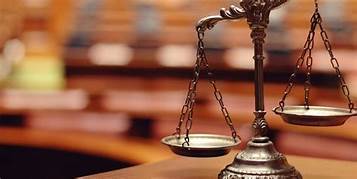